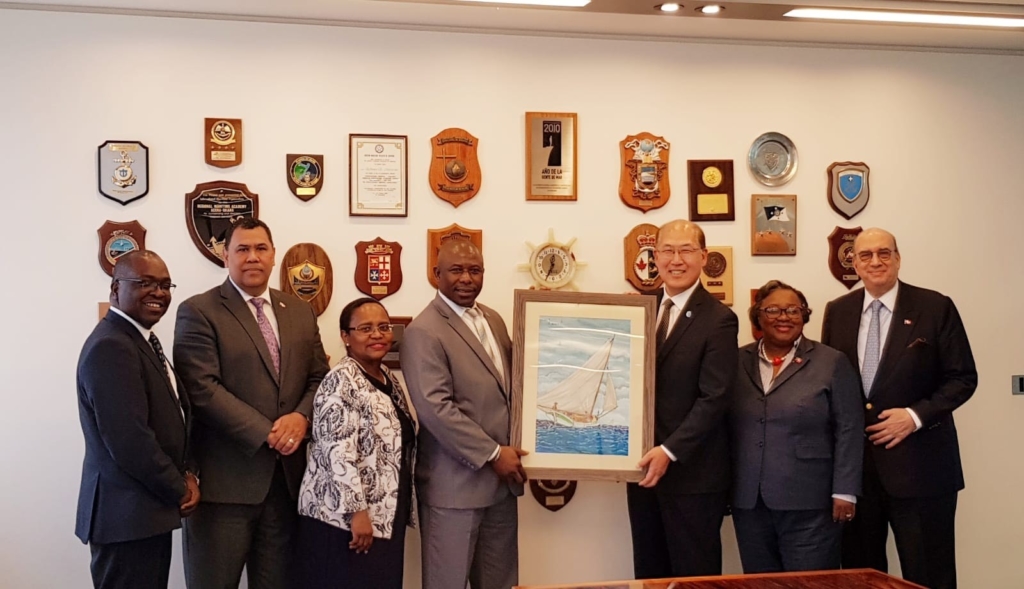 As part of a week-long engagement to the UK, the Honorable Renward Wells Bahamas’ Minister for Transport and Local Government nad Ambassador J. Denise Lewis- Johnson, The Bahamas Prime Minister  Special Envoy on Maritime Affairs led a high level delegation who met with His Excellency Kitack Lim, Secretary-General of the International Maritime Organisation (IMO) and a number of Government representatives from IMO member states to reinforce The Bahamas commitment to the goals and objectives of the IMO and to advocate the Bahamas’ candidature for the IMO Council in Category C.

The visit also coincided with 46th Anniversary of independence of the Commonwealth of the Bahamas which was recognised with the hosting of traditional Bahamian celebrations at a Reception held at the IMO’s London headquarters. The event was organised by The Bahamas High Commission and was attended by over 500 guests.

Minister Wells also took the opportunity to visit the BMA’s London office where he, Ambassador Lewis-Johnson and BMA Board Deputy Chair Peter John Goulandris met with the BMA team who were praised for their contribution to the Bahamas economic development and enabling The Bahamas to maintain its reputation as a quality flag state which is committed to ensuring the IMO’s goals of safe, secure, environmentally sound, efficient and sustainable shipping.