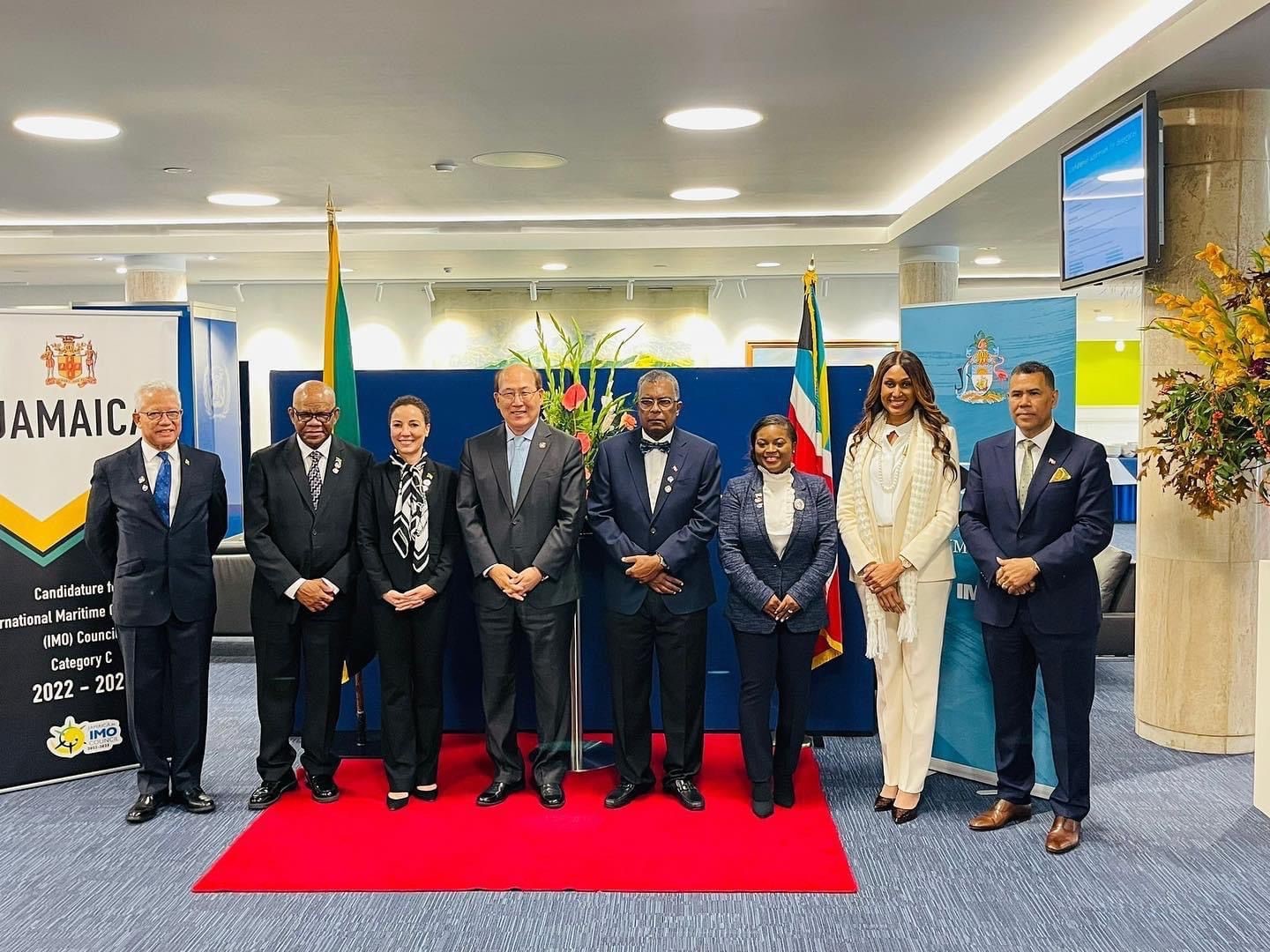 Following the general election in The Bahamas and the appointment of the Hon Jobeth Coleby-Davis as The Minister of Transport & Housing, The BMA was honoured that her first official engagement overseas was in London where she met the IMO Secretary General Kitack Lim.

As an archipelagic nation, Small Island Developing State (SIDS) and one of world’s largest ship Registries, shipping is of critical importance to The Bahamas and this was highlighted by the priority afforded by Minster Coleby-Davis to reaffirming the country’s commitment to, and support of, the International Maritime Organization (IMO) and the its Sustainable Development Goals.

Minister Coleby-Davis and Secretary General Lim discussed a broad range of strategic matters ranging from climate change, seafarers and sustainability post-COVID.  Minister Coleby-Davis, who was joined by BMA Managing Director & CEO Captain Dwain Hutchinson, Bahamas High Commissioner Ellison Greenslade and Ambassador Designate Leslia Miller-Brice, expressed appreciation to the IMO Secretariat for continuing to facilitate the regulatory process despite the pandemic and the Secretary General leadership of the process was commended.

The Bahamas contribution to the strategic decision-making process through its IMO Council membership is also recognised at the highest national level and The BMA was honoured to have the Bahamas Minister of Foreign Affairs, Fredrick Mitchell, host a reception for IMO members and hold bilateral meetings to outline the value of the Bahamas representation on the IMO Council. Minister Mitchell and Minster Coleby-Davis, through Captain Hutchinson, conveyed their thanks and appreciation to all the Bahamas partners including the Bahamas shipowners and seafarers onboard Bahamas flagged ships for maintaining the quality reputation of The Bahamas.

Minister Coleby-Davis said: “I was very pleased to make London my first official port of call, particularly as this is the headquarters of global regulatory body for shipping – the International Maritime Organization.

“It was a great pleasure for me to meet up with IMO Secretary General Kitack Lim. The maritime sector is of huge importance to The Bahamas and we recognise the vital role the IMO plays in developing the regulatory standards that affect the maritime industry and also the technical assistance that is provided by the organization to developing countries such as The Bahamas. We welcome and support the IMO’s vision and initiatives to eliminate adverse environmental impacts from ships as Small Island Developing States such as The Bahamas especially feel the consequences of climate change.

“We are not only concerned with the maritime environment but also with the health and wellbeing of mariners themselves.  As an archipelagic nation, we are reliant on ships and seafarers for our long term sustainability, therefore we fully support the efforts of the IMO and other stakeholders to expedite crew change and timely repatriation to ease the burden on crew.”